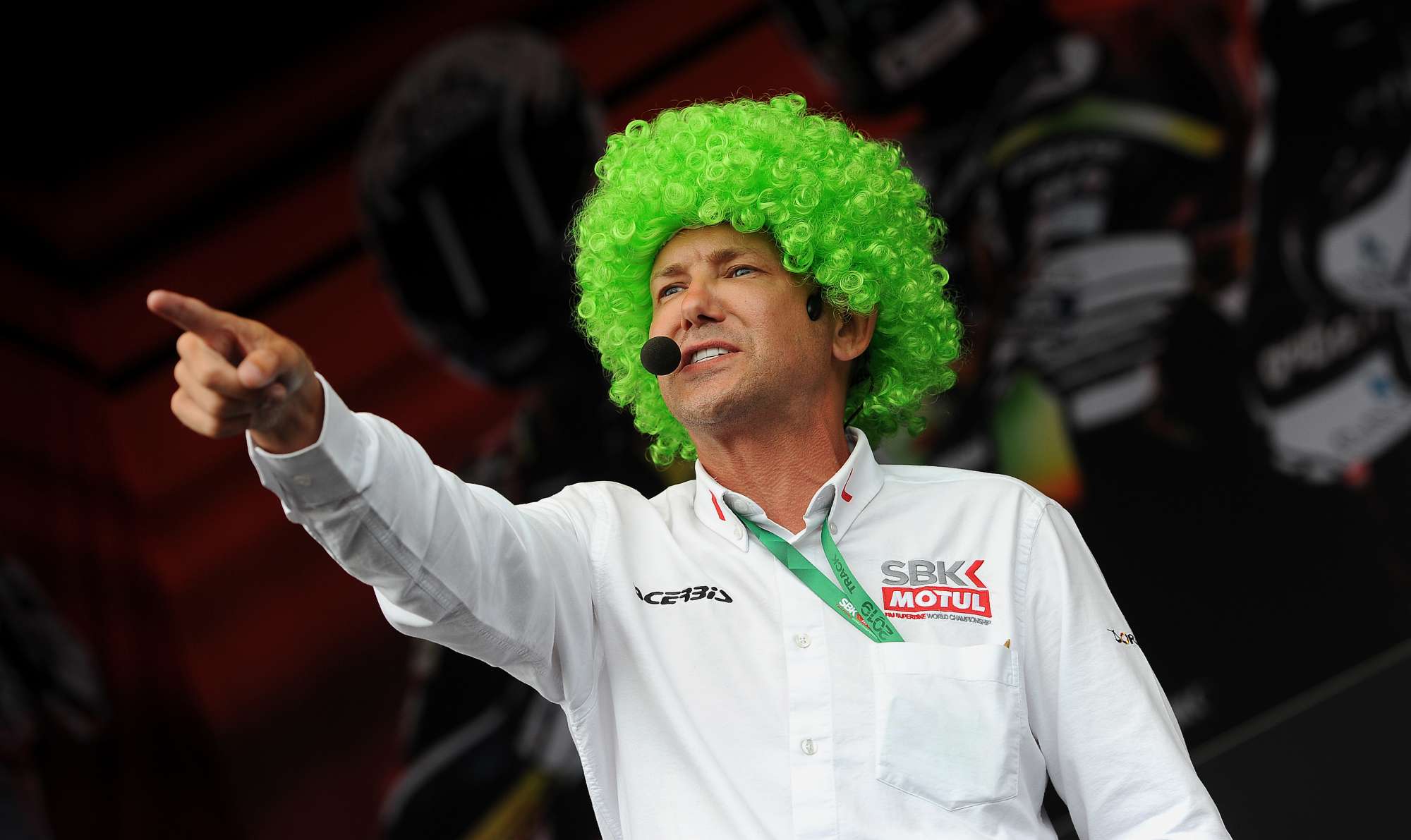 The British-based charity will be taking to the WorldSBK SuperShow stage with Michael Hill, long time host of the WorldSBK Paddock Show, and it promises to be Two Wheels’ biggest presence at Donington Park yet.

Two Wheels for Life will be exhibiting in the paddock throughout the weekend, showcasing its fundraising work as well as giving fans a preview of what’s up for grabs in the two rider memorabilia fundraising auctions.

In addition to the auctions, Friday will see a stunt show with Toprak Razgatlıoğlu and a special appearance from BMW Motorrad’s Scott Redding, with Saturday including a live music concert forming part of an expanded SuperShow, with a “special surprise” coming from host Michael Hill and the Paddock Show team.

WorldSBK stars Alvaro Bautista, Iker Lecuona, Michael Ruben Rinaldi, Nicolò Bulega and Andy Verdoia are just some of the riders scheduled to join Michael on stage across the weekend.

Music on all three days will be provided by the talented Italian Giulio Maceroni, who brings his Rock ‘n’ Road show to the WorldSBK paddock for the very first time.

All funds raised through the auctions will go to the life-saving Riders for Health programmes in some of the poorest and most remote areas of Africa, where motorcycles are predominantly used to deliver vital health care.

Buy tickets for the British round of World Superbikes here: https://doningtonpark.msv.com/DP-22-WSB

Day of Champions returns for the 2022 British GP!

The famous Day of Champions is back to kick start this year’s British MotoGP™ round at Silverstone on August 4, with all the popular elements returning.

Taking place on the Thursday before the Monster Energy British MotoGP™ round at Silverstone, Day of Champions is one of the major fundraising events for Two Wheels for Life – the official charity of MotoGP™.

The event was cancelled in 2020 with the cancellation of the British MotoGP™ round and was forced to adapt and change in 2021 because of the ongoing COVID-19 pandemic and restrictions in place at the time.

For 2022, a ride-in, paddock access, a scheduled pitlane walk, charity auctions, and all the stars of MotoGP™ will be back. A limited number of paddock and pit lane tickets are also available for purchase, giving lucky ticket holders exclusive access to the paddock and a look behind the scenes of MotoGP™ as riders and teams prepare for the race weekend.

Be the first to hear about auctions, events & competitions PLUS get 10% off in our shop.

Find out who the lucky winners of the Yamaha Motor for Riders Prize Draw were.

We've got some very exciting items up for grabs in our 2023 MotoGP™ Holiday Auctions. Perfect for the racing fan in your life.

We are over the moon with our new for 2022 Christmas cards, designed by one of our favourite motorcycle artists Ryan Roadkill, and with all proceeds supporting our charity.