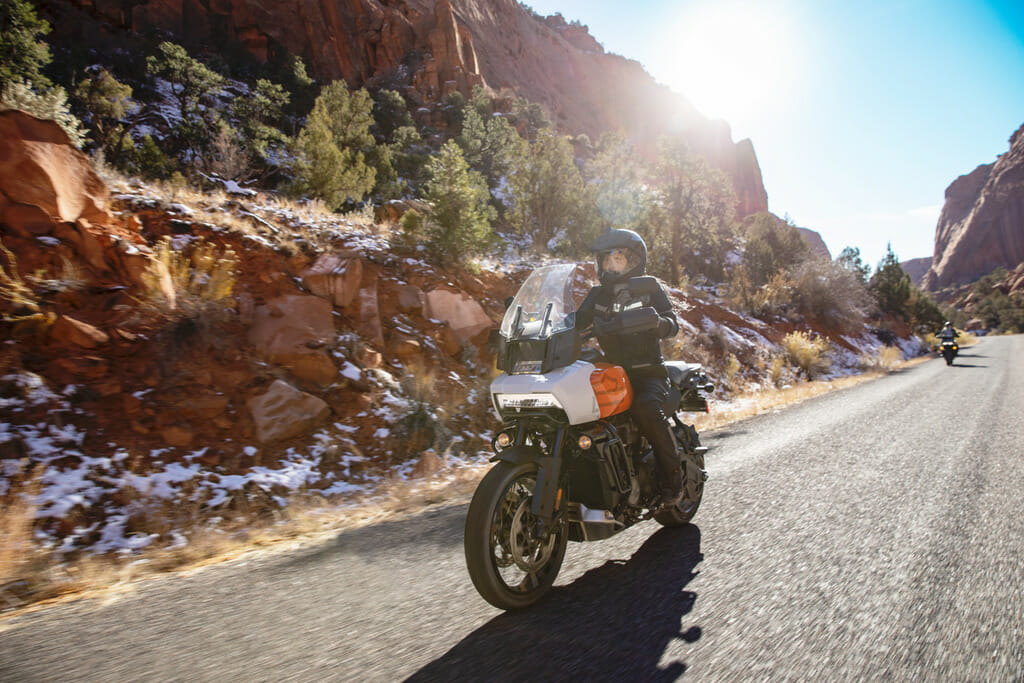 All of the money raised by H.O.G will be used by British-based charity Two Wheels for Life to carry on their life-saving work in some of the poorest and most remote regions of Africa.

Two Wheels will use the money to buy motorcycles, spare parts, and rider training for African partner Riders for Health.

The Great Relay total has now been confirmed as €53,188. One chapter alone, The Bridge Chapter from The Netherlands raised over €11k, with incredible totals raised from other chapters such as Scotland’s Dundin Chapter at €6.4k . The H.O.G members responsible for the biggest contributions will visit The Gambia in early 2022 to see for themselves the life-saving work that their fundraising has contributed to.

The Great Relay saw 25,000 H.O.G members from 90 chapters take part in the ride with each chapter handing the baton onto the next as a Harley-Davidson Pan America motorcycle led the way.

Above: A big thank you to all who took part. We are totally overwhelmed by your ambition and generosity!

The ride took place over 90 stages across Northern Europe, the United Kingdom, Northern Ireland and the Republic of Ireland and included travelling to the most northerly part of Europe at Nordkapp.

Where will the money raised by The Great Relay go?

All of the money raised by The Great Relay and H.O.G will go to life-saving programmes in some of the poorest and most remote areas of Africa thanks to the work of Two Wheels’ charity partner, Riders for Health.

Riders is battling a huge rise in Covid-19 cases across many parts of the areas it covers in Africa. The work being done with fighting Covid is on top of the normal life-saving work that goes on in the same areas.

Two Wheels are also the official charity of the FIM and MotoGP™ and with their support are able to run unique events and give motor racing fans access to exclusive experiences and unique moto-memorabilia. The projects supported mean that health workers can reach the most isolated people with the health care they so desperately need.